Hello myfitspirationers!! If most of you follow me on twitter (in case you don’t, join the party @BL11Hannah), you will know that I recently researched the HCG diet after watching a friend inject herself with the hormone on a lunch date with my gal pals. I was confused, thinking “Since when do you have diabetes?” Her explanation came after I was told that the injection was HCG known as Human Chorionic Gonadotropin. HCG is a hormone found in the urine during pregnancy that is the latest weight loss quick fix craze. In theory, the HCG hormone is supposed to suppress hunger and trigger your body’s use of fat for fuel. Which is what BootCamp does for me ;)!! I recently read that the hormone is now coming from female horse urine. Is that something you are comfortable injecting yourself with or putting underneath your tonque? If so, I would just stop reading now! 😉

Believe me when I say, I am no stranger to quick fix diets! If you know me on a personal level, you will know that I am obsessed, that’s right 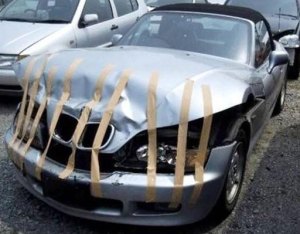 OBSESSED with infomercials! I was the first human to ever buy Oxyclean. Olivia calls my spare bedroom the exercise graveyard where made-for-TV exercise equipment go to die. To name a few….The Ab Circle Pro, The Ab Glider, Brazil Butt Lift (still have high hopes for that one), Food Lovers Fat Loss System, The Ab Dolly, Electro Muscle Stimulator…Need I go on? If you’re like I WAS, I bought into everything. I was so desperate to lose the weight quickly that I watched tons of money circle the drain as my diet dreams of success fell further and further from reality. Why did I ever think it was ok to eat Velveeta Cheese AKA: Liquid Gold for breakfast wrapped in bacon and lose weight? Hello low carb and lovin it! Eeek, so many diets so little time. Yet, I still managed to get close to 300 lbs. When I stepped on the ranch of the Biggest Loser, or should I say, when Olivia dragged me by my hair kicking and screaming, I was just waiting for production to give us a blue speckled pill (you know what I’m talkin about) a shot or lightening fat zapper. How else do those people lose so many pounds in a week?

Then came the first workout.

Jillian Michaels perched on my treadmill and announced to the ranch team “You’re gonna move more and eat less, the quality of your food is going to out-weigh the quantity and you will literally heal your sick bodies with food”. Excuse me? Did I sign up for this? This sounds like my Weight Watchers hell! Even though I think WW is one of the best plans out there, I didn’t want to do it again! Flashes of “Congrats, you lost a quarter of a lb this week” ran through my mind. Then Olivia pulled me aside and said “Have we really given our bodies a chance to heal through diet and exercise?”

Well…..um…..errrrrr….I’ve tried everything, right? WRONG. I had never really trusted my body for a SIGNIFICANT length of time to truly operate the way it was created to, without all of this excess weight! So I committed to the old fashioned way and low and behold it worked! My body began processing chemical free food, I had energy, my mood was better (except when Olivia made me wake up early) and miracles happened! My oily skin and hair became dryer, my skin clearer, I even had less hair on my legs to shave. Ridding my body of excess hormones by eating organic, pesticide and chemical free changed everything. I didn’t even miss my infomercials because for once I was starting to break the cycle. That’s when I became one of those people I loathed in the past who preached “Lifestyle” and guess what? I got one! My very own lifestyle!

BUT….It will get you off the yo-yo diet train for life. Food and exercise and A LOT of prayer, healed my body from the inside out. I learned discipline, worked on my confidence and was finally able to de-cloud my mind of this Quick-Fix syndrome that I had been oh so accustomed to! My blood pressure stabled, I became fertile, and I began to see life in a different way. Healthy can be a state of mind but it is also a walk. Sometimes you fall, sometimes you don’t, but the point is, you keep walking! I started researching long term effects of fad diets. Heart attacks, high blood pressure, cancer, heart disease, stroke, kidney failure, starvation, vital organ shut downs, and so many more. So ask yourself, is this really worth it in the LONG RUN? We all know there is no “Quick” way to make money! So why would you think the same about your body? Why would you treat yourself this way and for what? So I challenge you to quit the quick fix (say that 10 times fast). Lay down the diets, and get yourself a lifestyle! After all, you’re worth it and so are those higher priced groceries. We spend so much $$ on our homes and cars, why wouldn’t you on your body? This blog is for EVERY person out there who has tried the quick fix and failed. NO MORE! You deserve better and so do your children’s children. Trust me, you will thank me later!! If anyone is trying to figure out how to wrap velveeta cheese in bacon without it melting, it can’t be done, I’ve tried. Step AWAY from the yellow box!!

Now, below in the comments, I want to hear the fad diets you’ve tried and did they work??? Don’t be shy, Let’s hear it!!!